Beer and Brewing in the Land of Sky Blue Waters

Dave from the Minnesota Historical Society presents much interesting history of brewing in Minnesota. 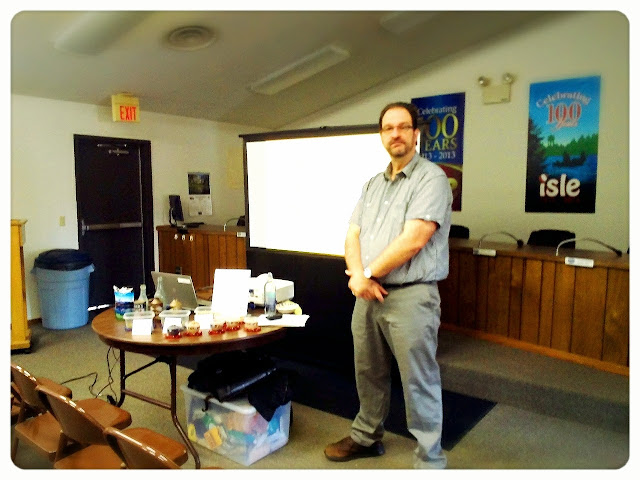 Posted by Kathy Morrow at 11:51 AM No comments:

I started out this program with little idea of what an app was and I have gained much understanding of all the resources out there for mobile devices.  Some of my favorite apps include instagram, pintarest, spotify and quixey--I like apps that allow me to be creative.  I was able to connect with a couple of other people in my library system who are doing this program by reading their blogs.  One person, Sarah, was a good mentor for me.  She showed me how to take a screenshot.  She has both a phone and tablet and has been using apps for probably a few years.  Even though she is so much younger, she has much more experience and knowledge of the digital world.  I connected with my co-worker Carolyn as a colleague and mentor.  She saw how much fun I was having with my ASUS and she decided to buy one also so she could complete this program, which she did.   Something that surprised me was that apps are really simple web pages.  In contrast with the 23 Things on a Stick, using the apps was more streamlined.  My previous blog had all kinds of widgets, designs, videos--all of which I was encouraged to add by the self-paced program.  For this blog, I didn't have to do much more than write my impressions of what I had seen.  I usually downloaded the icon of the app that I was reviewing, but I didn't have to add much to my blog.  I'm not sure that the program can be improved.  I liked the variety of looking at apps through both a personal and professional lens.  I suppose focusing more on how libraries can use apps would be a suggestion.  I would definitely take another self-paced learning program on new technologies.  Winter is a good time of year to take on this course since it is slower at my library.   My comment:  Taking this course made me feel less like a digital immigrant and more like I can hold a conversation with a digital native.
Posted by Kathy Morrow at 11:37 AM 1 comment:

After downloading both Droid of the Day and Quixey, I have to say that Quixey is the far better app.  I searched for apps in both applications, but came up blank on Droid often.  I never came up blank with Quixey--even when I misspelled a word--it gave me an app in another language.  Quixey has a nice white screen that offsets the app icons well.  The Droid screen is small and dark with a far smaller font.  Some of the topics that I put in included travel, fitness, yoga, poetry, art and recipes.  Many apps came up--most of them free.  When Quixey couldn't find an app--I guess I did search for something that came up blank, I got this message, "We didn't seem to find any apps for your query.  Try another search or see some sample queries!" There were endless sample queries including, find cool wallpaper, chat with friends, track my steps, play word games (word games came up blank with droid).  Quixey has really expanded my view of what apps can do.  I think I will try to get some that I can use for day to day concerns such as creating a calendar, planning recipes and tracking fitness.  I found a few apps for book reviews, including "good reads" which I have used as a website.  A few other ways to discover new apps include going to websites that you like such as Star Tribune--they may have developed an app.  I also have heard ads for apps--one of those was a news app for mpr.  I can see that I may have to start managing my apps as I get more.  There are some I have downloaded and seldom use and there are some that just don't work.  Quixey will be a useful app search, but I think I can abandon Droid of the Day.

Posted by Kathy Morrow at 1:02 PM No comments: 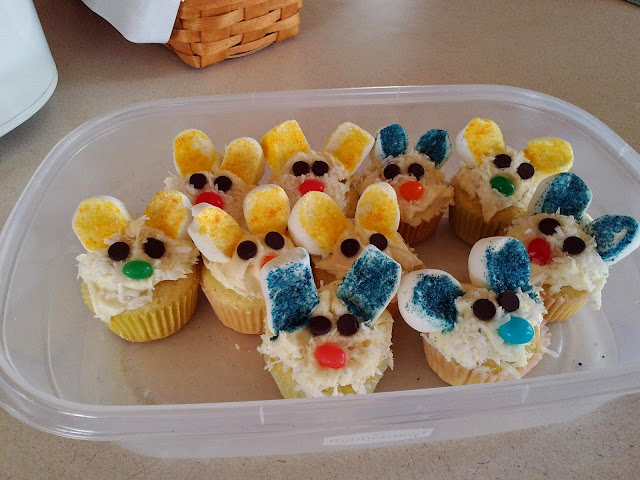 Posted by Kathy Morrow at 10:46 AM No comments:

The one thing that I have used my tablet for on a regular basis is magazines.  There were some news apps among the 23 Mobile Things that had multiple publications, but no apps for specific magazines.  I use Next Issue and Zinio.  Next issue is for the digital edition of a magazine that I subscribe to.  Zinio is the app that allows me to get free magazines from East Central Regional Library.  These magazines might be hard to read on a phone, but reading magazines on a tablet is great.  You get the complete experience of the magazine--ads and all, without dealing with the paper copy.  Another feature, is that I can get the magazine the day it comes out instead of waiting a few days for the mailed copy.  I often start reading The New Yorker on my ASUS and then finish up on the hard copy.  ECRL subscribes to about 80 magazines.  I can go to my Zinio App and search for a title.  I just put in my library card and password and I have access to those magazines. They can be downloaded when you have wi-fi and then read later--say when you are traveling.  I have an older Kindle and though I could get magazines on it, it was mainly text.  With my ASUS I get the complete color version of a magazine, which depending on the topic, can be a wonderful feature.  I would recommend including some magazine apps. 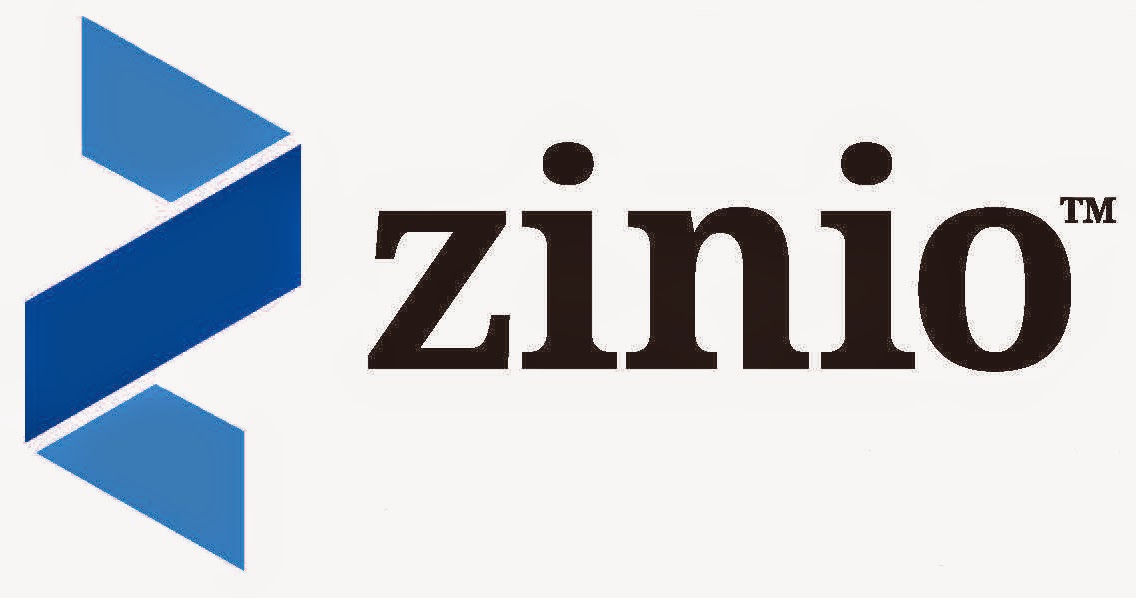 Posted by Kathy Morrow at 11:28 AM No comments: 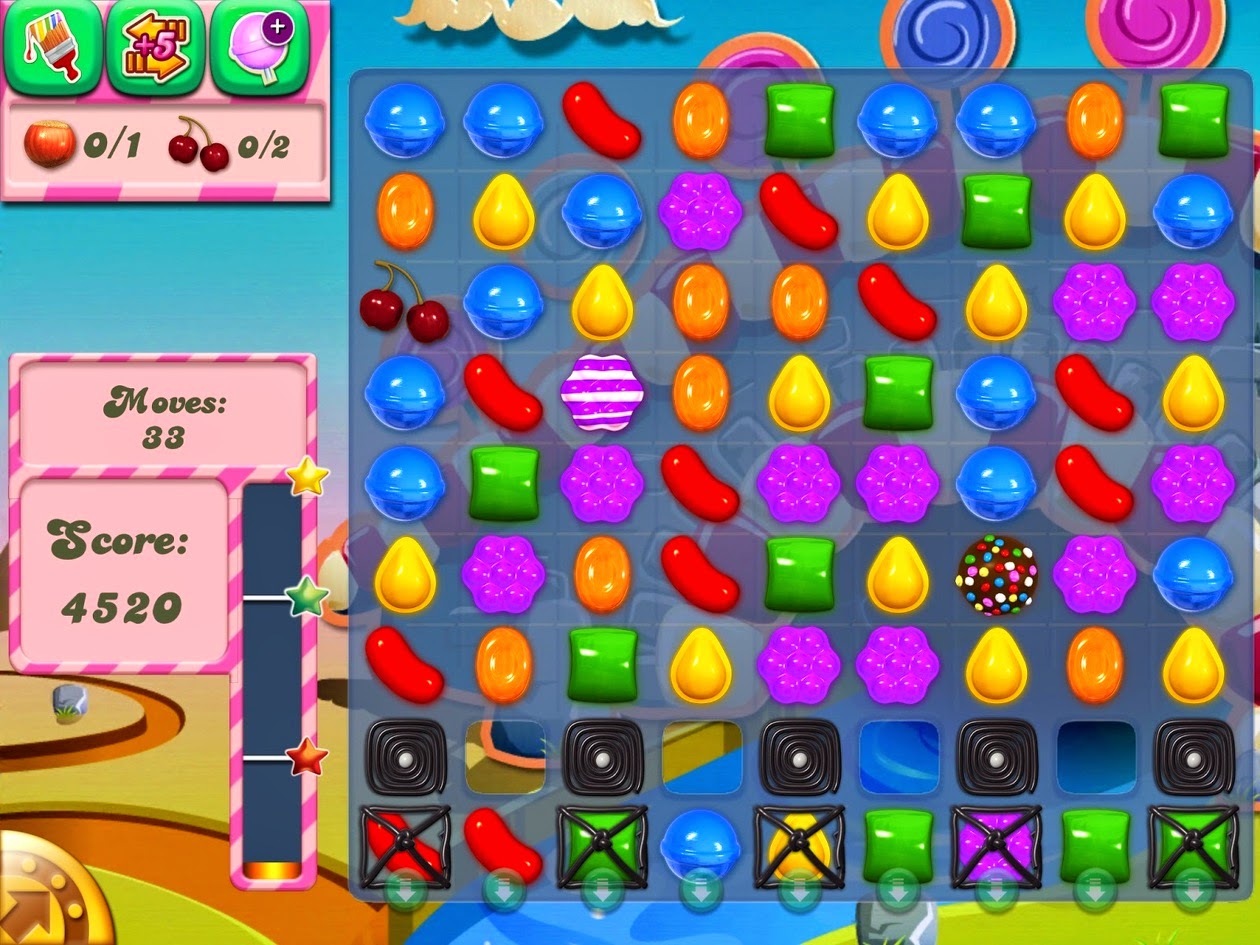 I've heard about Candy Crush, but this was my chance to try it out.  It is kind of a mindless way to pass the time, but it reminds me that I spent one summer playing the computer game, Krystal Krazy.  It involved using your mouse to grab different objects and getting out before your time is up.  Although it was pretty much a waste of time, I did learn much better control of the mouse.  Perhaps with Candy Crush, I'll learn more control of the "swiping" feature of tablets.  I also have a scrabble app on my device.  I like to just play against the computer, but I know people who really like "words with friends".  Games can be a good way to spend a break, but they also may help keep reflexes and brain sharp.

Posted by Kathy Morrow at 10:09 AM No comments:

I have been making great use of the Spotify app.  I took the challenge of making a play list for the library.  I tailored it toward music I prefer, but also music that is easy to listen to without being too distracting.  I like jazz, so I downloaded about 10 jazz classics--including Take the A Train--one of my favorites.  My co-worker is from the big band era, so I downloaded some Glenn Miller and Jimmy Dorsey.  My other co-worker was a teenager in the 80's so I downloaded some popular hits from that era.  I was listening to it today, but no one was here because of a raging spring snowstorm outside.  Spotify seems to be better at current music, which I like also and need to explore more.  I had to browse the "Decades" section to find the 40s, 80s and 70s music.  Making a play list for myself was very easy--just tap to add.  I also like the feature that I didn't have to listen to the whole song--just enough to know what it is.  I haven't tried, but I like the radio feature, where I can listen to a certain type of music.  I don't quite understand the "following" feature. I'm not really into the interactive aspects of some of my apps.  I also downloaded the garden app and the sibley lite app.  I think the $19.99 version might be kind of nice to take out in the field, but for now, I use the hard copy of Sibleys.  I'll explore the Sibleys app when I get home since it takes forever to download programs at the library.

Posted by Kathy Morrow at 1:20 PM No comments: